Last few days to see Val Lewton From Hollywood to Breezewood, a retrospective of one of the most talented Washington (by way of Hollywood) artists. Former exhibit designer for Smithsonian’s American Art Museum, Val Lewton had a supreme and unique command of color and composition. (Full disclosure I’m friends with his widow, Claudia Manizozzi (also a painter), and knew Val from my former Smithsonian days. I also own two of his paintings as well as one of Claudia’s. And I wish I had wall space for more.)

I have long been fascinated with building cranes that pierce the sky at construction sites, marveling how something so industrial can be so elegant against the sky. Val Lewton elevates these same scenes and more with his paintbrush to create penetrating and cinematic close-ups of mundane cityscapes: trucks, construction sites, cranes, shovels, gas stations, cars, highways, taxis, traffic jams, smoke stacks, police call boxes. From wrecked and razed construction sites to massive in your face truck cabs you can feel the power of the movement on the road.

Val makes the ordinary extraordinary in such diverse images as his colorful, overflowing paint cans and his Dale City depictions of suburban sprawl. All on view just till August 13th. If you miss it, check out the accompanying full color catalog with essay by former Washington Post critic, Ben Forgey. 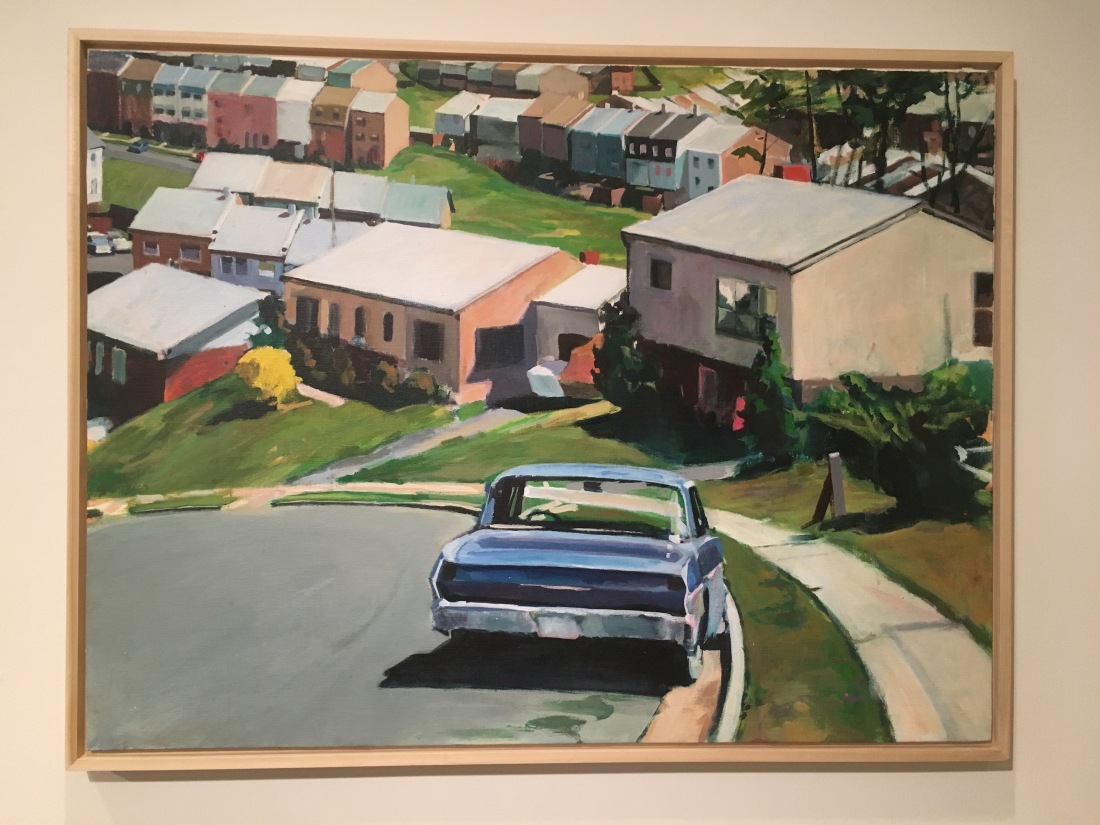