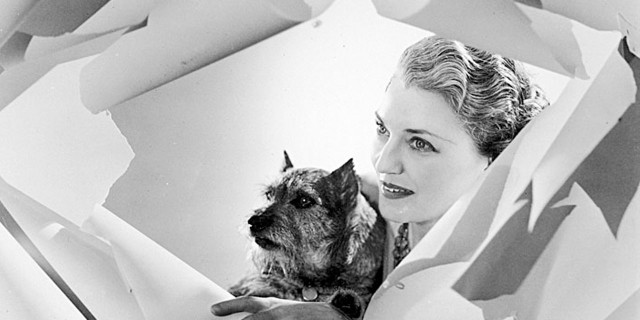 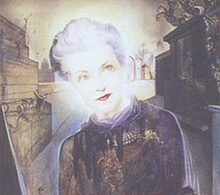 Back in the day when beauty and wealth reigned (when has it not?), American socialite Mona Bismarck (née Mona Travis Strader, 1897-1983, from Kentucky) was in demand in Paris and elsewhere.  In 1943, Salvador Dali dubbed his portrait of her “The Kentucky Countess,”(above).  Photographers such as Cecil Beaton (see photo above) and Edward Steichen photographed her numerous times. She was muse to writers, artists, and fashion designers.

Named “Best Dressed Woman in the World” in 1933, she was considered a fashion icon in her day. Cole Porter captured her elegance and beauty in song: “What do I care if Mrs. Harrison Williams is the best dressed woman in town?” –sung in 1936 by Ethel Merman in “Ridin’ High.” Harrison Williams, by the way, was the third of Bismarck’s five exceedingly wealthy husbands. She always found a way to marry older gentlemen and divorce them, or outlive them in the case of Williams, 24 years her senior.

In the interest of friendship between the French and Americans, she bequeathed her Parisian townhouse along the Seine in the 16tharrondissement to the Mona Bismarck Foundation, which in turn became  Mona Bismarck American Center (http://www.monabismarck.org) dedicated to American art, culture, and fashion. Check the schedule for temporary exhibits, events, and lectures. Or just imagine yourself a patron of the arts from the 1930s. (If you visit Washington, DC, you’ll find the “Bismarck Sapphire Necklace” and a few of her other baubles at the Smithsonian’s Gem & Mineral Hall at the National Museum of Natural History.)

To discover other venues in Paris meant to enhance cultural ties, click on Paris Voice (http://www.parisvoice.com), which bills itself as the “webzine for English-speaking Parisians.” It’s an up-to-date source for movies, theater, events, museums, cultural activities, tips, shopping, dining, drinking, and more.

Forging and preserving social and business alliances between both countries (despite our Freedom Fries blip) is the mission of The American Club of Paris (http://www.americanclubparis.net/). Founded in 1903 and inspired by Ben Franklin’s Paris dinners in 1777, the Club offers a forum for thoughtful discussions and lectures on business, politics, the media, and diplomacy as well as informal events such as private museum tours, wine tastings, and cultural outings. Applicants for membership must be sponsored by two members, but events are often open to nonmembers.

If you’ve never attended a Meetup group in your hometown, check out the Paris Meetup Group organized in 2001. Any member can plan an event. Their website posts casual gatherings, networking opportunities, and events for interacting with American Expats (over 4,000 belong): www.meetup.com/american-in-paris/

And now a word from the U.S. Embassy. Whether you’ve encountered a problem overseas or you’re just seeking advice, this site is a good one to bookmark: http://france.usembassy.gov/irc.html.

For the numerous groups created to promote Franco-American exchange, you’ll find these hubs listed at: http://www.americancenterfrance.org/front/index.php?mduuseid=Mw%3D%3D&dsgtypid=10&page=anrlist&anrid=&lvlid=6